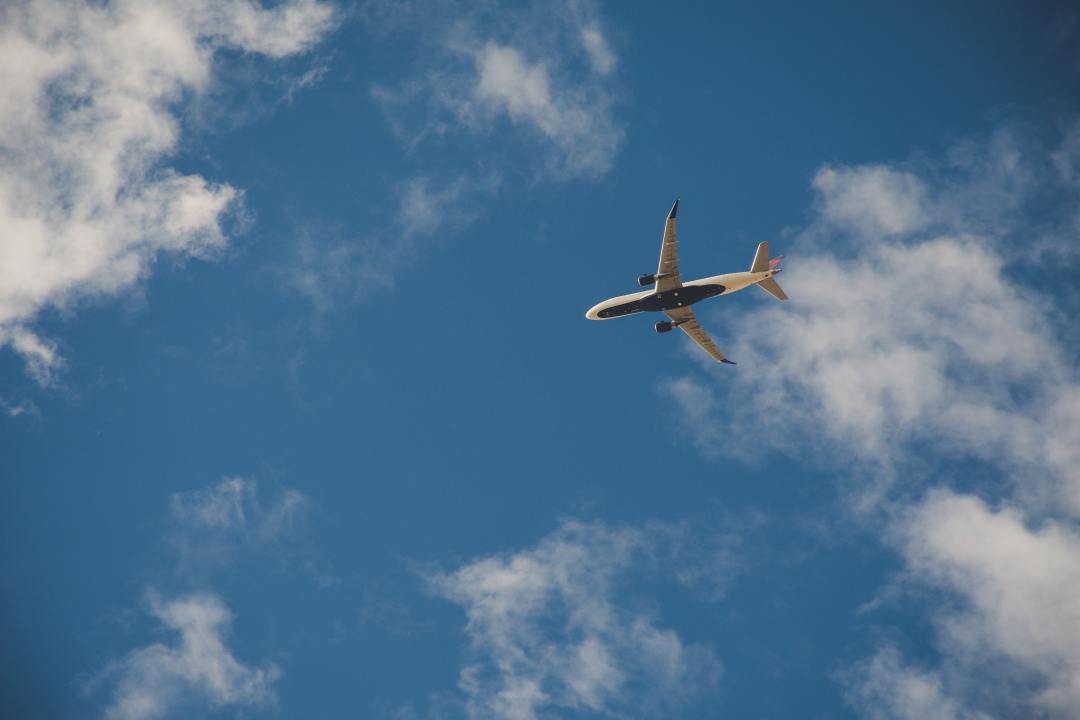 State of the Industry: The Airlines

In recent blog posts, it’s been conveyed that American civilization appears to be slowly creeping back to normal. Dips in unemployment claims coupled with an increase in consumer spending allow us to make the generalization that people want to return to normalcy – or, at least, as close to it as possible. But for some of the largest and most valuable industries in the United States, such as the airline industry, normalcy seems far, far away.

Closures of borders, restrictions on leisure travel, cancelations of business engagements, governmental mandates, and widespread fears of sitting on an airplane with someone harboring COVID-19 were enough to kneecap an already beleaguered industry. To put the decline in travel numbers into perspective, consider the total traveler throughput data collected daily by the TSA – comparing this year to one year ago today (since March).

The differences between 2019 and 2020 are staggering, but represent only a small fraction of the struggles faced by major American carriers such as Delta, American, and United. Margins for airline operations are considerably thin, and the costs of doing business are astronomical. Fuel and non-fuel costs, labor, maintenance, taxes, fees (among many other expenses) accumulate rapidly and can strain balance sheets in the blink of an eye if bookings decline. Carriers such as American Airlines struggled and continue to struggle to make it work – even before the pandemic destroyed demand.

As the pandemic raged on, airlines still had to cover those expenses. CEOs covered the gaping shortfalls by drawing down credit lines under revolving credit facilities, sales of company shares, and encouragement of employee retirement, while also fighting Congress for necessary bailout money. The Congressional bailout was justified considering the havoc wreaking the industry brought on by the shortfalls and missteps of the industry itself, but by the pandemic introduced from outside the country. The precedent for this action was set after 9/11 and the associated industry struggles due to an unprecedented shock. (See May 13 post, Socializing Risk)

The money came, but it was not nearly enough given the rate airlines were burning through cash on a daily basis. Although cash burn has come down significantly for almost every major and non-major U.S. airline, profitability is still not on the horizon for any carrier anytime soon. To make matters worse, demand might not recover to pre-COVID levels until 2024, which would continue to hammer the financial standing of the airlines for quarters if not years to come.

To highlight the gravity of the situation, it’s also worth noting the Altman Z-score metric in reference to likelihood of potential bankruptcies. The score itself comprises five different ratios that try to put the financial state into perspective. The ratios include working capital over total assets, retained earnings over total assets, pre-tax earnings over total assets, market value of equity over total liabilities, and sales over total assets. A Z-score south of 1.8 means the company is likely headed towards bankruptcy, while companies flexing scores above 3 are not likely to go bankrupt. Z-scores for airlines headquartered in the United States are shown below:

At first glance, it would appear that every major and non-major airline in the U.S. would be fearful of what’s in store for the future as long as demand hovers around unprecedented lows. And they are. This isn’t to say that every major airline will declare bankruptcy in the coming months, but it’s almost guaranteed that we will see more sales of secured notes, modifications to invaluable loyalty programs, and adjustments to day-to-day operations by way of fare sales and abolishments of change fees – anything to fill seats and inject cash into the company.

Despite these efforts, some of the larger and more financially unhealthy airlines are still holding out their hand for a piece of another costly stimulus bill. American Airlines, which now has over $40 billion in debt, and United with $32 billion, are in the most dire need. Without assistance, they could see thousands more pilots, flight attendants, and ground crew furloughed. Regardless, the industry must shrink further to stay afloat. Contrastingly, airlines like Alaska and Southwest have rejected the idea of taking other loans from the Treasury Department and are exploring friendlier fundraising options. This is largely due to all of the strings attached to government money, such as the suspension of stock buybacks and granting of warrants to the Federal Government (worth 10% of the total loan in excess of $100 million). For American and United who have issued secondary offerings and propositions of billions in secured notes, the benefit of taking the loan is worth dealing with the strings.

With the current absence of a COVID vaccine, airlines still have to make important decisions regarding passenger health and profit. Measures such as blocking the middle seat or limiting aircraft capacity at a certain percent have been implemented to help ensure proper social distancing and passenger safety, but effectively force a decrease in RASM, or revenue per available seat mile. Available seat miles (ASM) refers to the total number of seats available for purchase on a flight while cost per available seat mile (CASM) fluctuates based on a multitude of factors in regards to overall airline efficiency. Airlines with a high CASM are less profitable on each operated flight since there’s a higher total cost involved with transporting a passenger, and vice versa. If airlines are required to leave middle seats open, or keep doing so since there is no federal mandate, CASMs will remain high and RASMs will remain low. These conditions are not favorable for an airline trying to pay back hundreds of millions of dollars in interest-accruing loans.

Although demand is coming back incrementally, airlines are still competing for a limited pool of passengers. Subsequently, fares have remained low as a tool of attraction. Fares are responsive to both supply and demand, but booking a cheap ticket is worth nothing if the tourism industry remains suppressed due to country closures and quarantine restrictions, or if businesses haven’t resumed in-person engagements. Provisionally, it’s hard to predict the future as it pertains to airfares, but more realistically it’s a solid bet that prices will ebb and flow until more borders open and a vaccine becomes readily available.

While these times are largely unprecedented, the rapid demand drop and emergent recovery can most accurately be compared to that of 9/11. Post-9/11, the airline industry was facing record low traveler throughput, forcing shifts in the size of different segments of the industry as a whole. Most notably, the number of U.S. low-cost carriers grew substantially and airfares decreased through this period – all while legacy airlines were trying to get their footing after the shock. Similar to today’s events, the large airlines were at first rescued by Congress thanks to a $15 billion industry bailout, but it was the smaller and more flexible carriers who capitalized on the market.

With regard to history, it’s reasonable to assume that the consumer will stand to benefit the most from the woes of the airline industry in the short- to medium-term. Upon the resurgence of domestic leisure travel, it can almost be guaranteed that there will be individuals willing and able to take advantage of low fares to popular destinations. Airlines such as Frontier, Spirit, and Southwest are prime examples of the low-cost carrier model, each of which has made an aggressive push to target the base of travel-starved leisure travelers. Low-cost carriers have the unique ability to scale and vigorously add capacity depending on the market landscape (as well as rapidly cutting CASMs). Legacy and larger carriers have a more difficult time with this since CASMs are inherently higher due to amenities and class of service – the inverse, for example, to Spirit Airlines’ “no frills” business model.

With hundreds of industries and life as we know being upended in the past six months, it’s been made abundantly clear that there’s some adjusting to be done, and the airline and travel industry is by no means an exception.

View all posts by TylerGlatt